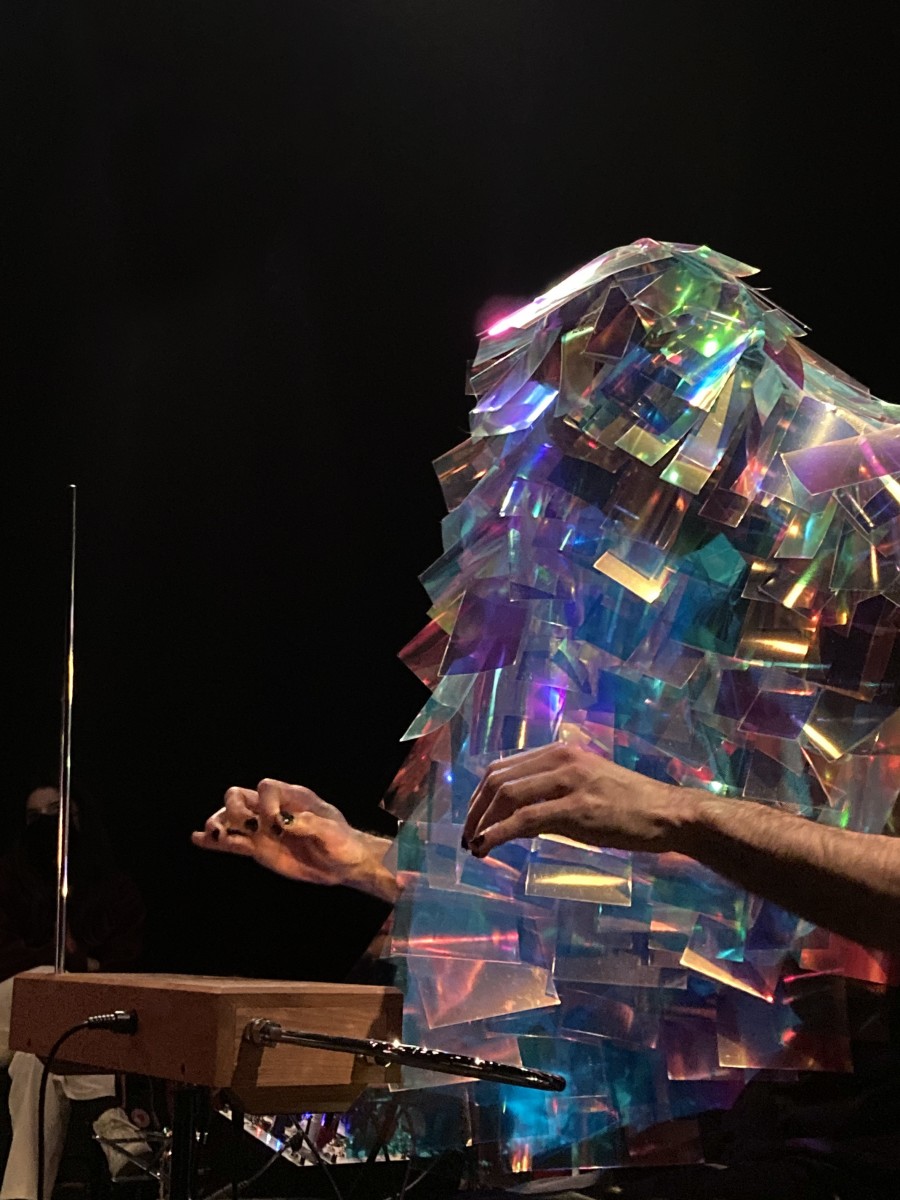 This work is conceived as a deep dive into the idea of time itself, run over the time of a vigil, an entire night spent with the audience. More than just a concept, La nuit tombe quand elle veut is an adventure in which we will be two flamboyant figures facing the world, sharing rites, meals, dances. Between first actions and the creation of utopia, in this assembly, we will all become flaming creatures, watching and waiting.
The desire to come together in this piece is the experience of the body as medium, in touch with the reality of this world, becoming enraged by it, bodies which see, receive, stock, stack, compile, cannibalize, archive, bury… Seeing with a blind eye, they re-imagine cosmogonies, bringing out utopic and insolent reconfigurations, somewhere between rage and enchantment. They allow themselves to be inhabited by visiting spirits, body borrowers, bodies which affect certain images, dancing, like fugitive archives…
We imagine letting these images poisoning their fiction, like those damned for eternity, like those playing with a chimera’s fire, those who bring together rites to confirm their own existence.
Édouard Glissant says:
“The image is affected. We cannot just take it, not more than we can understand it. We speak of it, meaning we bring it forth, make it reappear, trembling along with it. It calls for a radical hospitality because it presents itself and we do not recognize it.”1

The following text by Olivier Marboeuf, evokes in us a poetic impact, a point of contact to trigger our imaginations. It allows us to see our first starting points for our work on this new work :
“[…] Those who search the archives of the bone museum, those who watch the angry images in their muscles, those who let the archive pee right there on the dance floor. […] Of all the hands filed here, all the visions stocked, all the floors. Those who watch. Those who have a liquid body landscape, those who have a jungle body landscape. […] Those who make a noisy ceremony of their breath. Those who are alive, and those who keep coming back after death. […] Those who party, who tremble when they hear the music, and shake when they look at images no one can grasp, which no one has
seen. Those who watch.
They return. They create phantom places for themselves to hang out. They wear next to their skin the architectures of oil. They throw into the foyer the melancholy music of cities without rest and wander through the ultra-violet spectrum of the periphery. These beings whose face we can ever know. They are the dangerous substances which can cross any borders, echo chambers for too- strong words and uncontrolled movements. They pour out their nastiest looks under the guise of angry geology and project the history of their burned-out eyes. They show us their skin covered with writing we do not have the time to read. […]”2