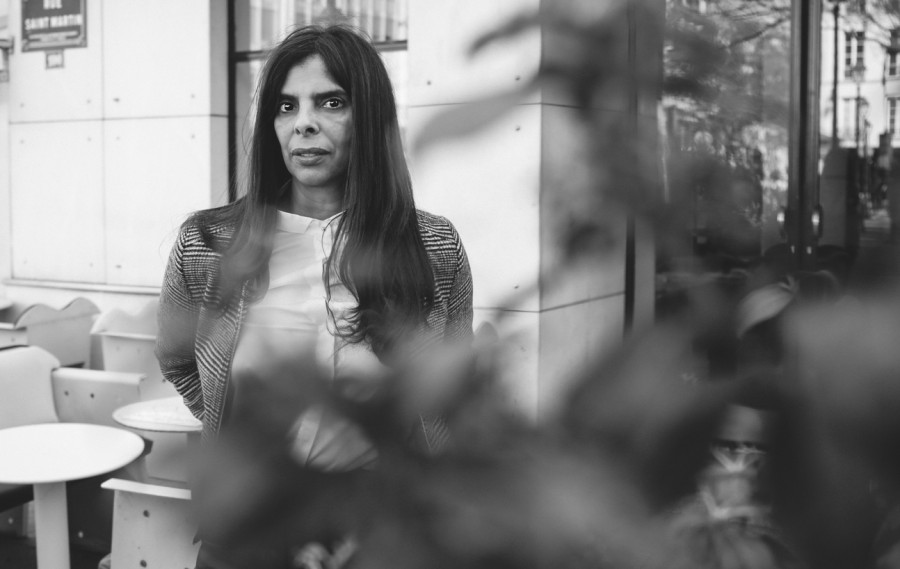 Mixing genres and redefining formats, the creations of Latifa Laâbissi bring onstage multiple off-stage / off-field elements channeling different figures and voices. The staging of these voices and the face as a vehicle of minority states ties into the danced portions of the work in Self portrait camouflage (2006) and Loredreamsong (2010). Continuing her thematic study of archives, she created Écran somnambule and La part du rite (2012) based on German dance from the 1920’s. Pourvu qu’on ait l’ivresse (2016), co-signed with the set designer Nadia Lauro, created visions, landscapes and images, combining excess, monstrosity, the beautiful, the random, the comic and fear. Since 2011, Latifa Laâbissi has been Artistic Director of the Extension Sauvage artistic and pedagogical program and festival in rural Brittany. In 2016, a monography on the ensemble of her work was published by the Editions Les Laboratoires d’Aubervilliers and Les presses du réel. In 2018, she creates with Antonia Baehr the performance Consul et Meshie. She also gather in 2019 for the video Moving Backwards by Pauline Boudry and Renate Lorenz, presented in the Swiss Pavillon of the 58th Venice Biennale. The same year, her creation White Dog is shown at european festivals (Marseille, Tanz im August - Berlin, Automne à Paris, festival TNB Rennes), before a french and international tour. In 2021, the creation Ghost Party (part I) is a duet-performance with the Dutch videomaker Manon de Boer, which will forms a pair with a film by Autumn, Ghost Party (part II). Both parts will be exhibited in FRAC Bretagne. At the same time, Latifa Laâbissi prepares a new piece with the brasilian choreographer Marcelo Evelin. This almost all-night party, entitled La Nuit tombe quand elle veut will be created by Fall 2021 at the Festival TNB in Rennes. In 2022, Fugitive Archives a group piece will be created for the CCN Ballet de Lorraine.