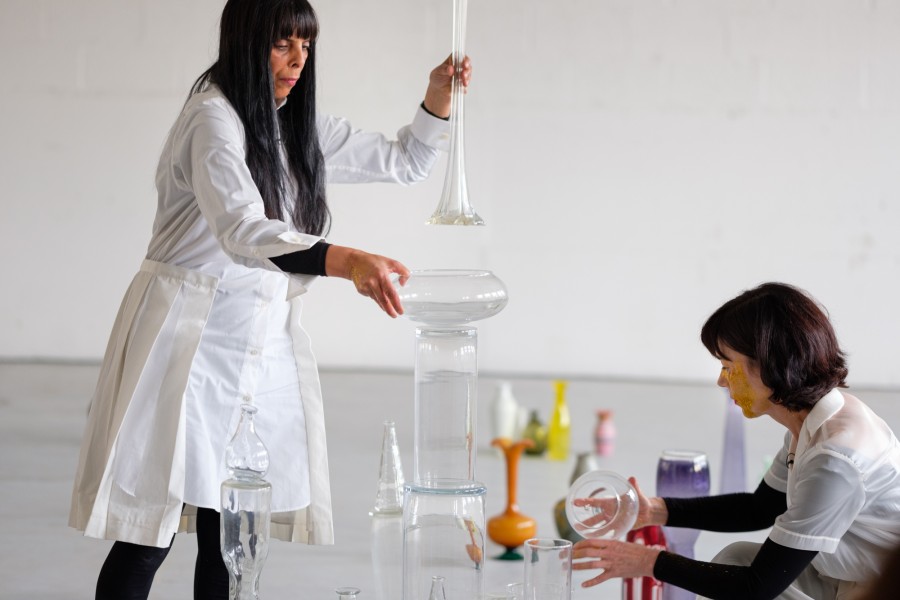 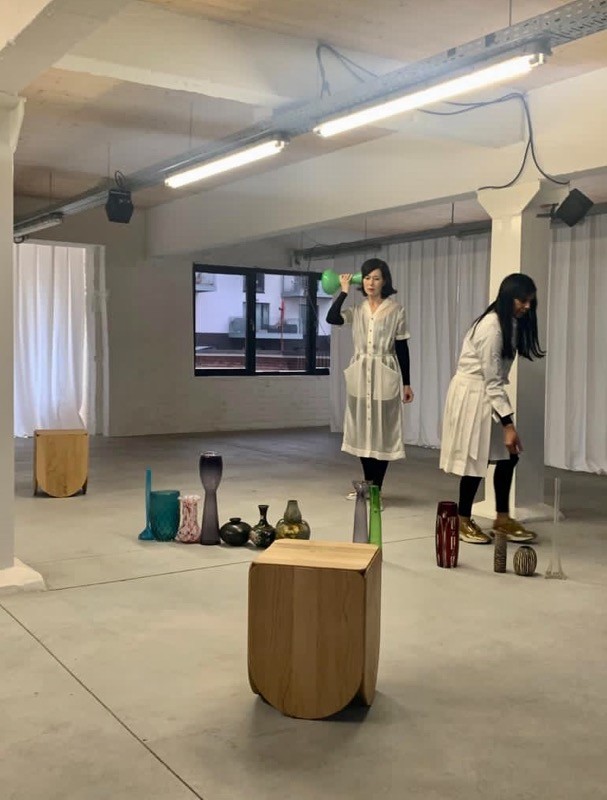 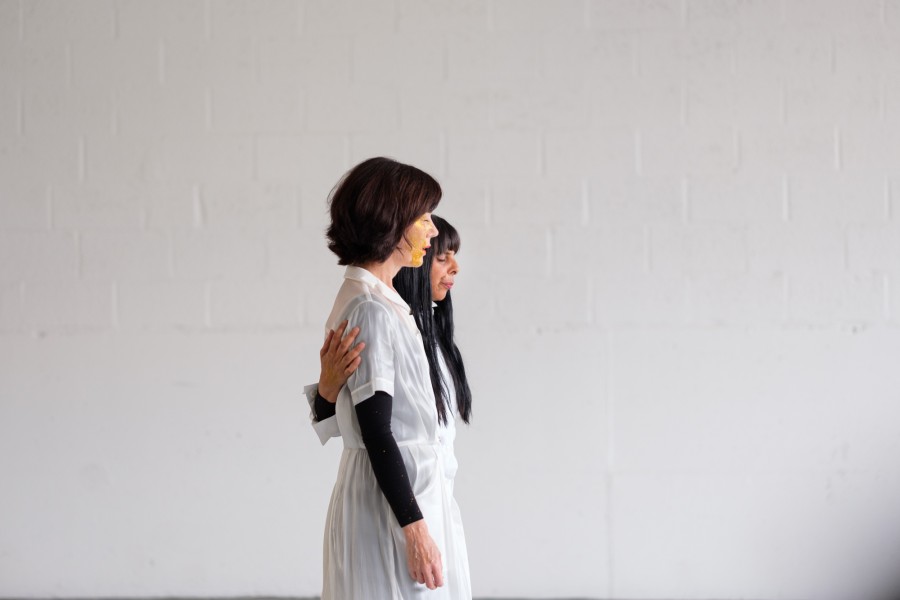 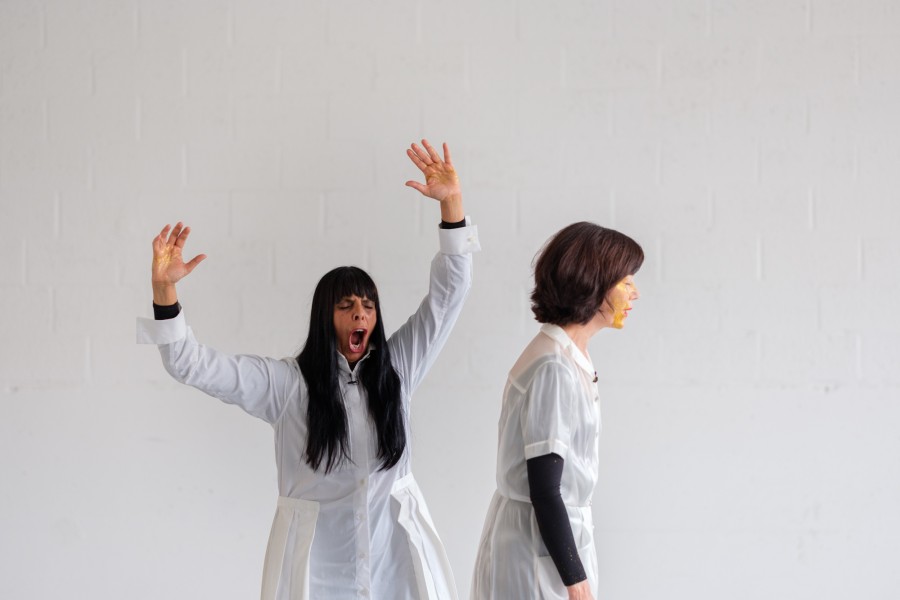 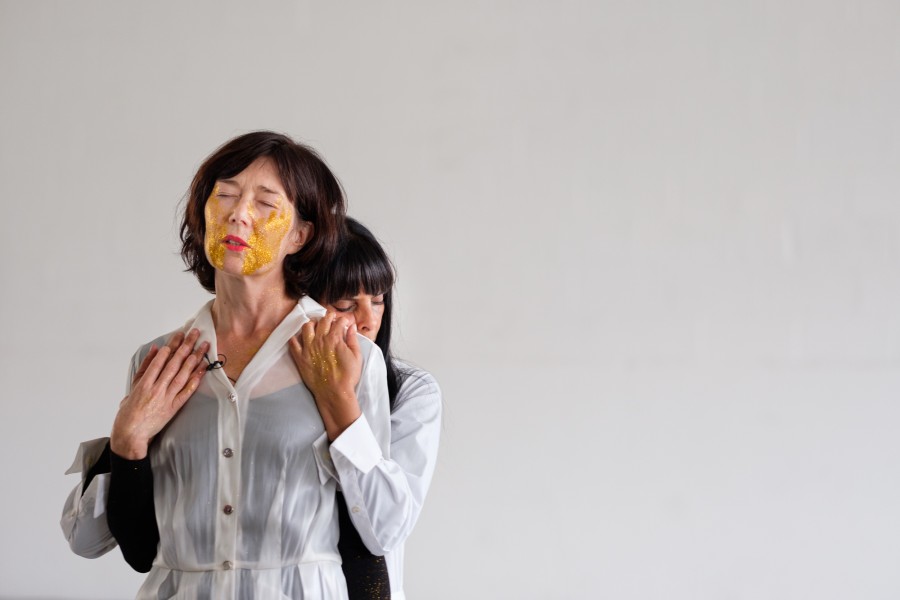 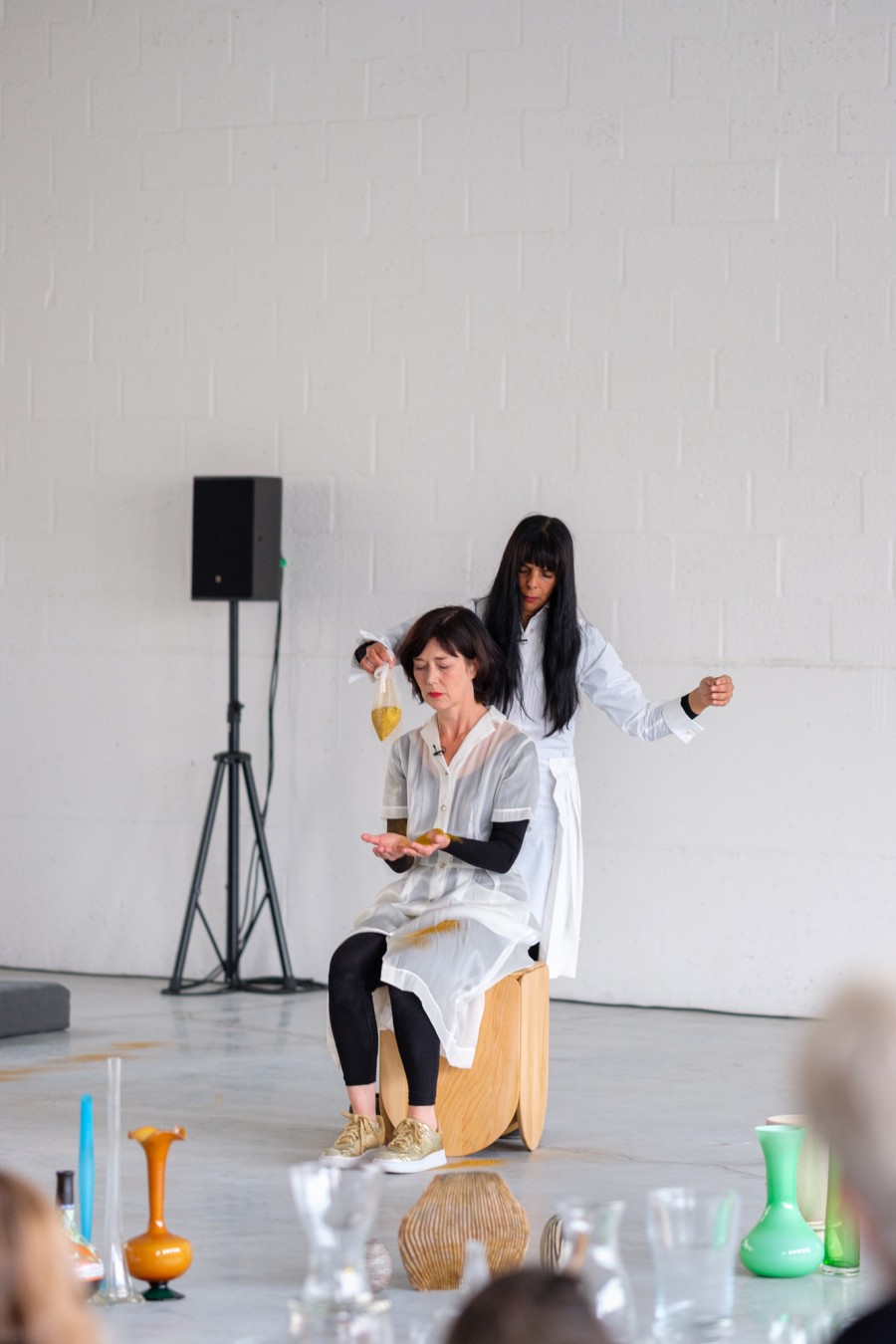 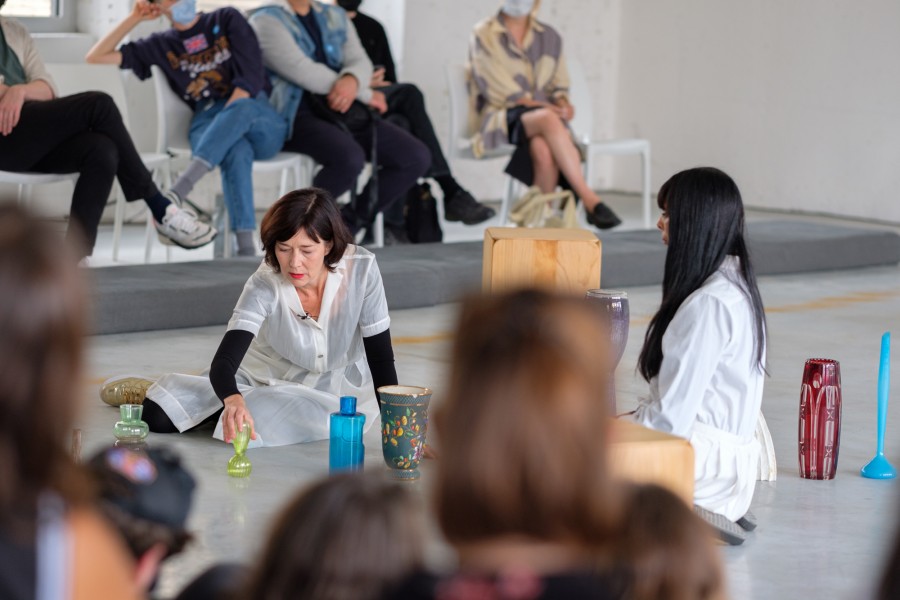 In 2016, artist/filmmaker Manon de Boer and choreographer/dancer Latifa Laâbissi entered a continuous dialogue, addressing the multiple voices that inhabit their bodies and thinking. From the exchange, the conversation itself emerged as a working tool and a performative form. By capturing and ‘cannibalising’ each other’s influences, a genealogy of shared references appeared. Ghosted by the words of artists and writers such as Marguerite Duras, Anne Carson and Casey, in Ghost Party (1), their new and first performance together, de Boer and Laâbissi play with language, accents and voices, meshing their selves with others. In 2022 performance, visual art and cinema are playfully interwoven in Ghost Party (2) .


Warm thanks to Christophe Wavelet & Corinne Diserens for the meeting.