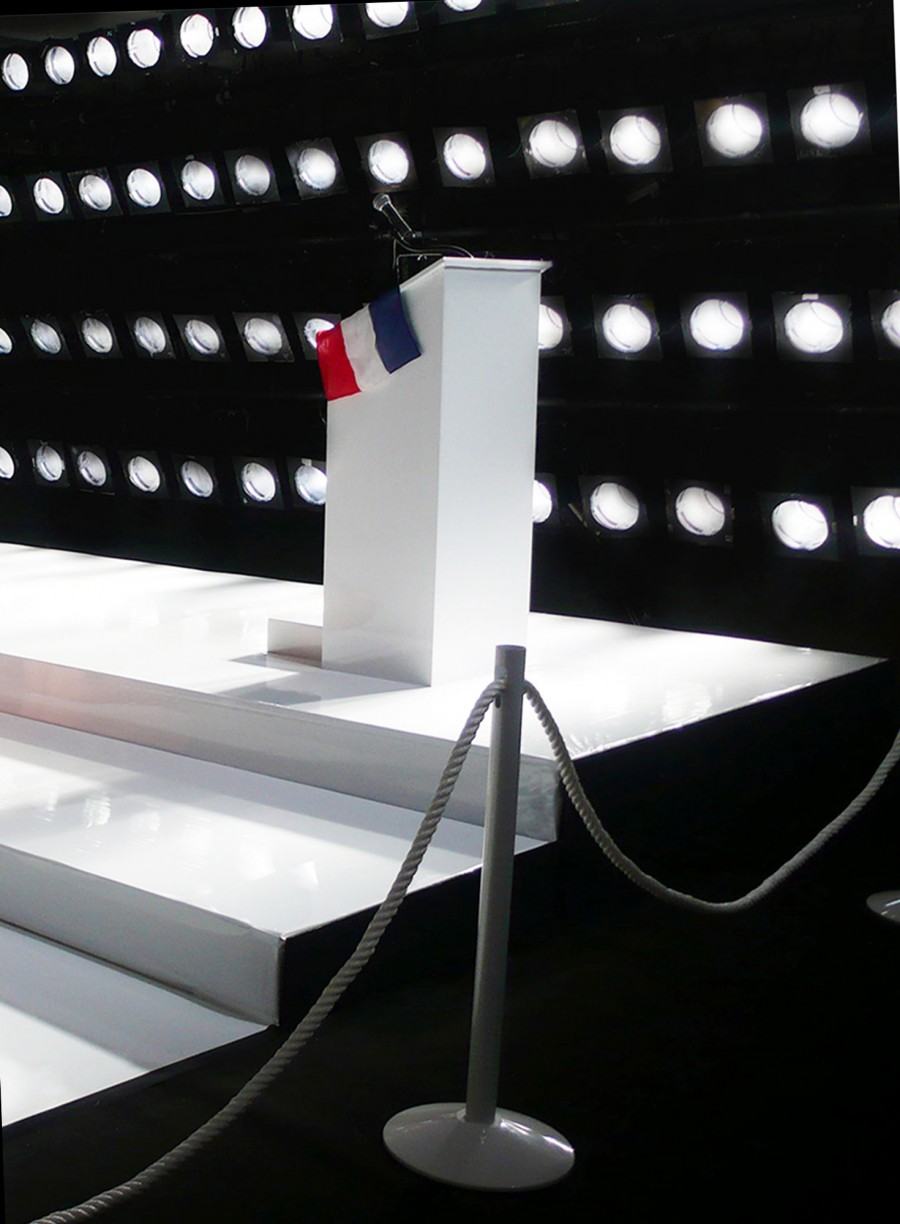 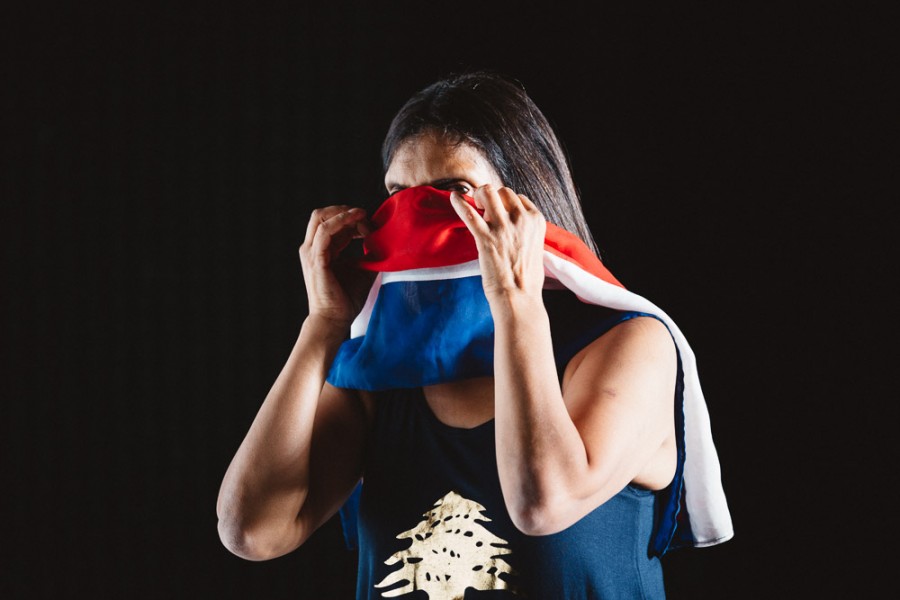 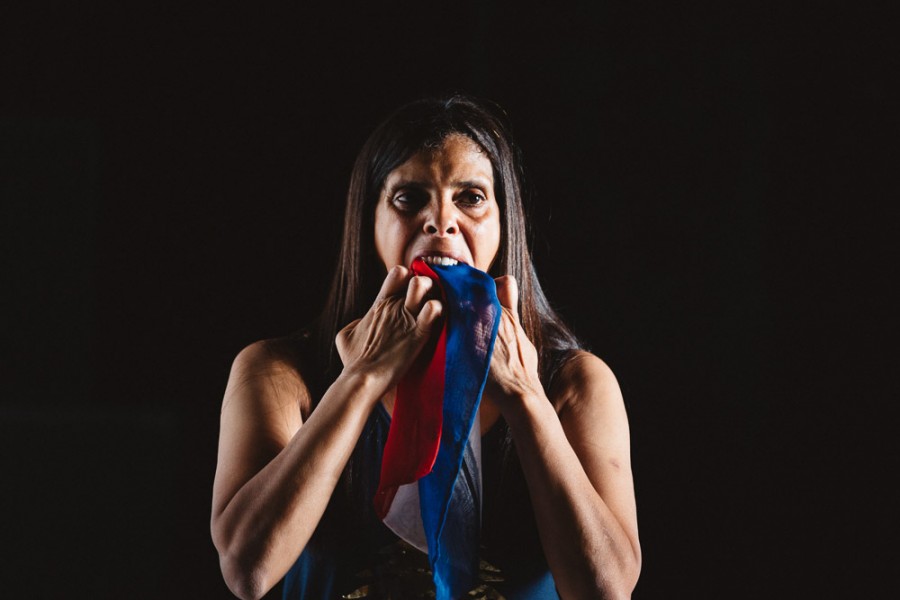 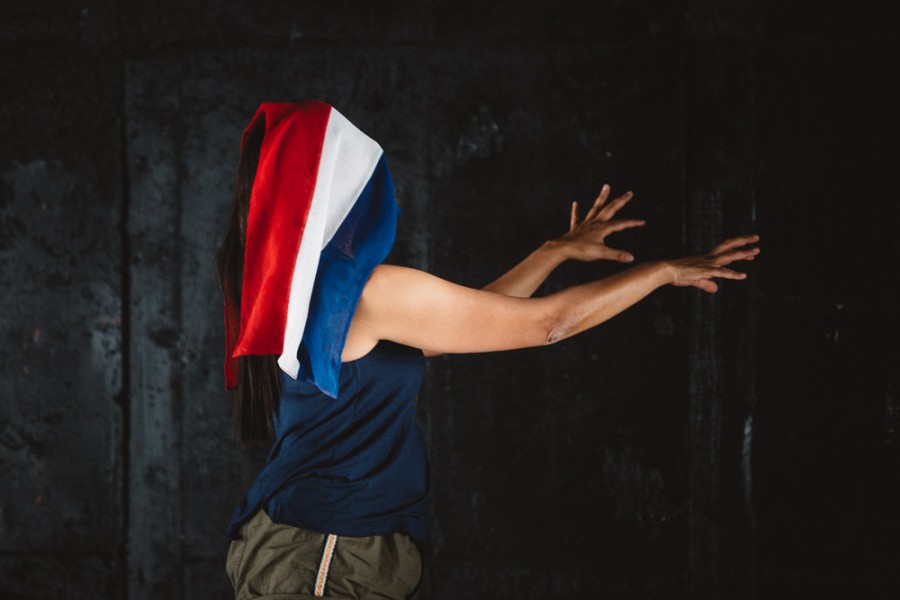 In a white field, an (over)exposed body. Naked, unmissable, implacably there. A landscape of tense, sexual flesh, an image which is slowly covered up by other images, a symbolic dressing of sorts. The movement of this figure, overlaid with points of tension and clashing patterns, is performed by Latifa Laâbissi. A sort of crossing, weaving and melding the shadow zones of the invention of the self ; laying out the connections between the ghosts of an imaginary society which is always present—and the subjective core of their development. Dancer. Woman. Arab. In France. Her body stretched out before a grimacing mirror. Self portrait camouflage: the paradox of the title is a double-edged strategic verb ; at once revealing and covering up, like two halves of the same movement, capturing an impossible image—which has already been caught in other histories, other speeches, other performances. How do we see the difference? And how do we expose the creative framework which brought it onstage? Using this figure, accompanied by a crowd of others, Latifa Laâbissi shows and dismantles the very fabric of politics—its social, sexual and cultural borderlines. She draws up a chart including a flag, a face, a voice—a portrait of otherness in which the camouflage is used as a kind of decoding maneuver. We see a line of symbols taken from troubled waters, passed through a filtering of perversion, subversion, laughter and grimace. There are the murmurs of voices, from a time where the humming of a song threatened. Voices of the mute, the silenced, the patronised, the pointed-at-with-fingers. It is with these words, using this body, that we see the possibility of a reversal—from the inside—of signs overlaying each other, the droll or tragic masks covering her face. This is choreography made up of social shapes, a carnival where one is forced to examine one’s blind spot, further revealed as a construction, a palimpsest. Like the character of Marguerite Yourcenar who "saw herself seeing," we perceive a dead zone: the bottom of the imagination from which we gaze, and the worrisome strangeness which accompanies our reflection in the mirror.