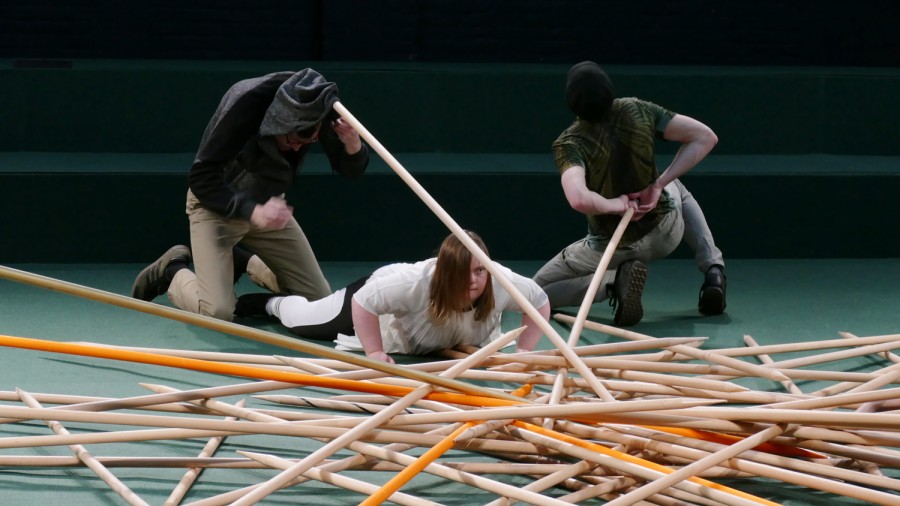 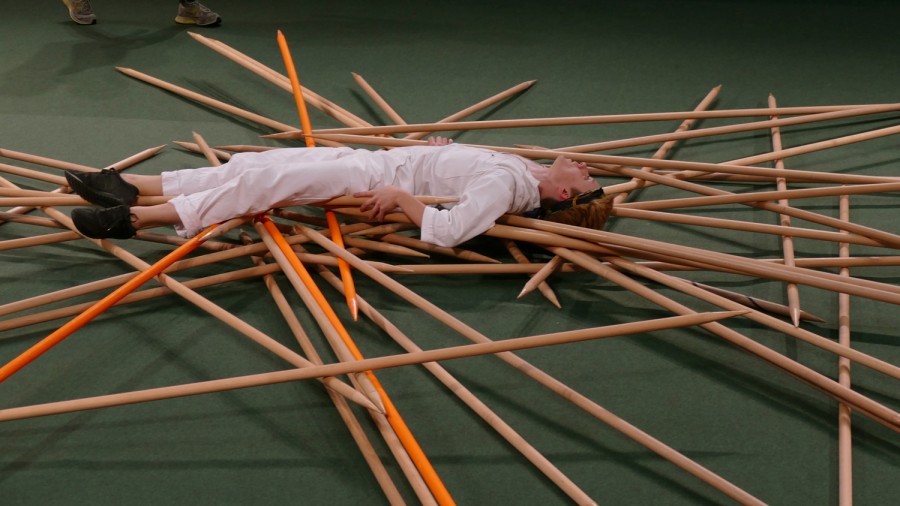 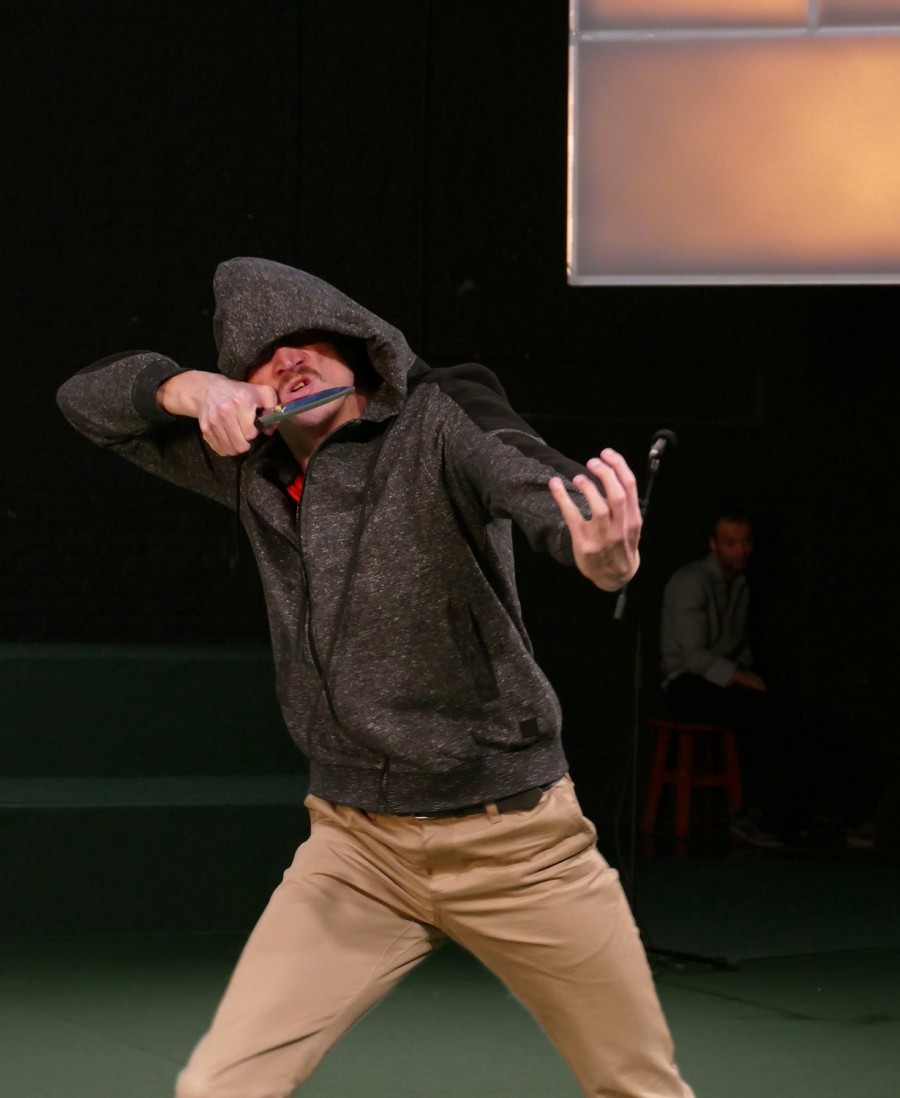 Pourvu qu’on ait l’ivresse is an action piece, rooted in the idea of creating an open-ended story, a promise which offers excess, the monstruous, the beautiful, the sublime, and the feeling of dread. A space in which the performative presences play with the nuances of register, experimenting with differences in performance by cannibalizing and producing certain images.

Since 2006, Nadia Lauro has created "vision machines" for Latifa Laâbissi’s creations, sets and settings with a strong dramaturgical perspective. However for this new work they are co-signing the creation of the piece, wanting to meld their respective fields, "opening out the space to the action and the action to the space". The narrations that they have constructed are supported dramatically by the music of film soundtracks, conjured as a character might be into the heart of the action. Pourvu qu’on ait l’ivresse takes on for itself the injunction of Musset’s verse and can be perceived as a last ritual dance, one whose weight can be measured by its drive, its insistence and determination.

Two intuitions dominate the development of the work:
The first comes from the strong relationship to film shared by Latifa Laâbissi and Nadia Lauro for many years, especially for music written specifically for film, the kind in which the music is almost its own character, participating in both the drama and the suspense. They decided to use the dramaturgical power of some of these film scores to create choreographic stories, a vocabulary of bodies, actions, and effects as choreographic raw material. They wanted to experiment with performative presences, major and minor, and in so doing developed a poetic, perceptive instrument. For the dancers and actors it was about making time and space live, being there, absences and presences oscillating between two random truths, that of bodies "in-carnated," as Pasolini might say, and the truths which are found in fiction.

The second intuition was based on a visual and seasonal refrain, a space given over to time. Arrangers / builders are at work here, creating the promise of an unending bouquet, in dialogue with the flower arranging in Bas Jan Ader’s piece Primary Time, and the gathering of "time flowers" which can push back the inexorable in the 1962 short story The Garden of Time, by the sci-fi author J.G. Ballard. The construction of precise actions seems to be a principal theme, a climatic refrain in which a ritual task contaminates the space little by little, eventually becoming the motor driving the action. This ritual established a major theme with its insistence, its absolute will to exist.

Now these intuitions, desires or projections are laid out, the idea being to trigger that which is deeply rooted within their consciousnesses, but they resist being named or revealed in this creator’s note. Unconscious desires would not survive being set up next to certain ideas or an attack plan… they remain camouflaged, on guard, appearing following the rhythms of thought…