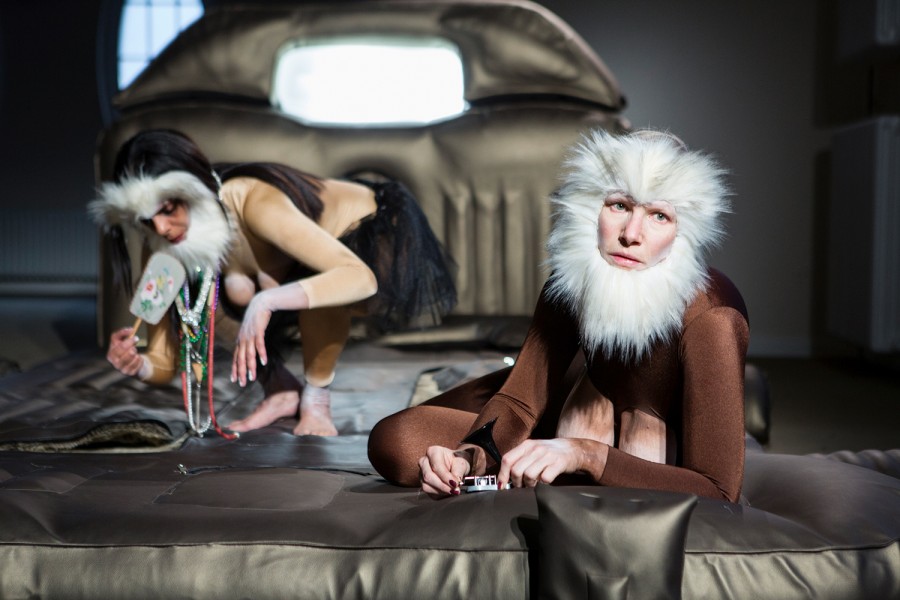 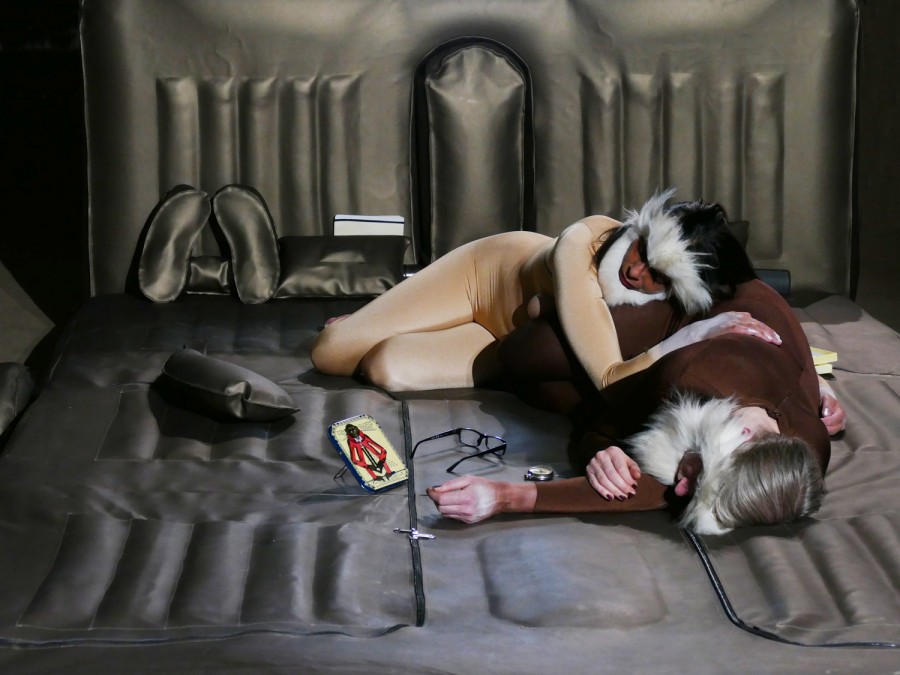 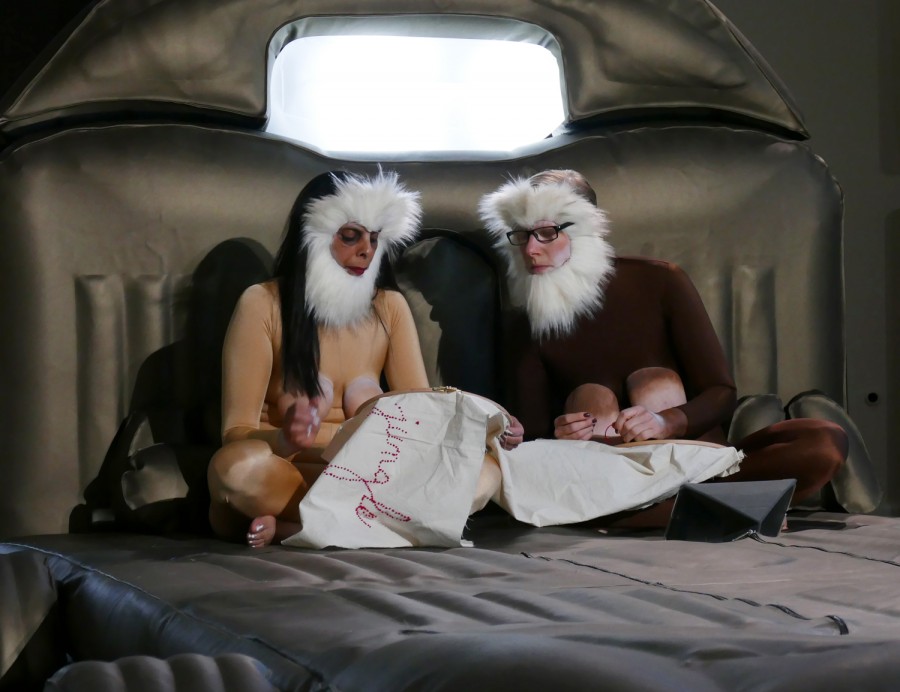 CREATORS’ NOTE
Monkeys, and in particular apes, are considered "almost human" animals. This "almost" has made them a surface for projecting that which is considered human by other humans. At the beginning of the 20th century, two chimpanzees named Consul and Meshie lived like humans, with humans, and seemed to think of themselves as human. Antonia Baehr and Latifa Laâbissi have assumed their simian identities, but they are not seeking historical correctness. Furry, promiscuous, impertinent, quite shameless, these two human monkeys occupy Nadia Lauro’s installation which is set in quiet areas of museums and theatres, not on a stage. Starting with two leather car seats whose furry insides are spilled and spread around the space, "Consul Baehr" and "Meshie Laâbissi" interact for a period of three hours and a half, during which spectators are invited to stay as long as possible and experience the time fully with the artists.

The audience may come and go as it pleases, but those who wish to may follow the two artists into the depths of their uncouplings between meaning and what it holds – and it is invited to stay as long as possible.
Helmut Ploebst (October 2, 2018, Der Standard, Vienna)

A human is a monkey for human beings. Or: two human figures play at being monkeys who are playing at being human for the humans. They lose and regain control, mutually taming one another. They enthusiastically discover skills and things not to do. They sleep and fall into abject apathy, they explode into cascading watchwords declaimed in populist speeches. They cannibalize certain poses, iconic dances, embroider slogans. Consul and Meshie represent hybrid figures examining the violence of assignations and stirring up chaos in the categories of nature vs. culture, man vs. woman, and the self vs. others.

VISUAL INSTALLATION
This installation created by Nadia Lauro is in fact anautonomous work inside of which Consul and Meshie will stay for the duration of their performance, taking it over, even perhaps destroying it. It can be placed in the changing institutional spaces of certain theatres and museums.

We will occupy the space between the works being exhibited, or neglected corners, or somewhere slightly off the beaten path. It’s important for us that the area not be one where people are constantly moving from one place to another. Staying with us, spending time with us, must be a decision. However, audiences arrive when they like and leave when they feel like it.

The installation and its two residents transplant themselves into the existing environment with a gesture which indicates occupation, generating a somewhat intimate situation for 30 to 50 spectators.

We imagine that the installation will not fill up the entire performance space, but will fill a ‘corner’ of it, and from it, as Nadia Lauro said in our discussions—it will tear a hole in the space.

Base camp for Consul and Meshie looks a bit like the inside of a limousine, with quilted walls, a bronze color which fills, like a marginal zone in the space, a corner. The cushioned parts have oversized zippers, which, when opened, let bits of fur come floating out, expanding little by little the surface of the playing field. The scene has something in common with the situation / picnic blanket of Edouard Manet’s painting Déjeuner sur l’herbe, but without the grass. What would it look like with large apes as protagonists? The spectators are part of the landscape, sitting or lying down the floor, close to the vehicule.

I am working with ‘my’ gibbon from Zötl’s painting and I will bewearing an extra-long beard which will frame my entire face. The costume (like Latifa’s) will reveal our butts and breasts —such that the beard can be used to create ‘masculine dressing up’ if the humanoid ape, embodied by a human being, performs a male human role.